Tortillas with Chorizo and Cheese 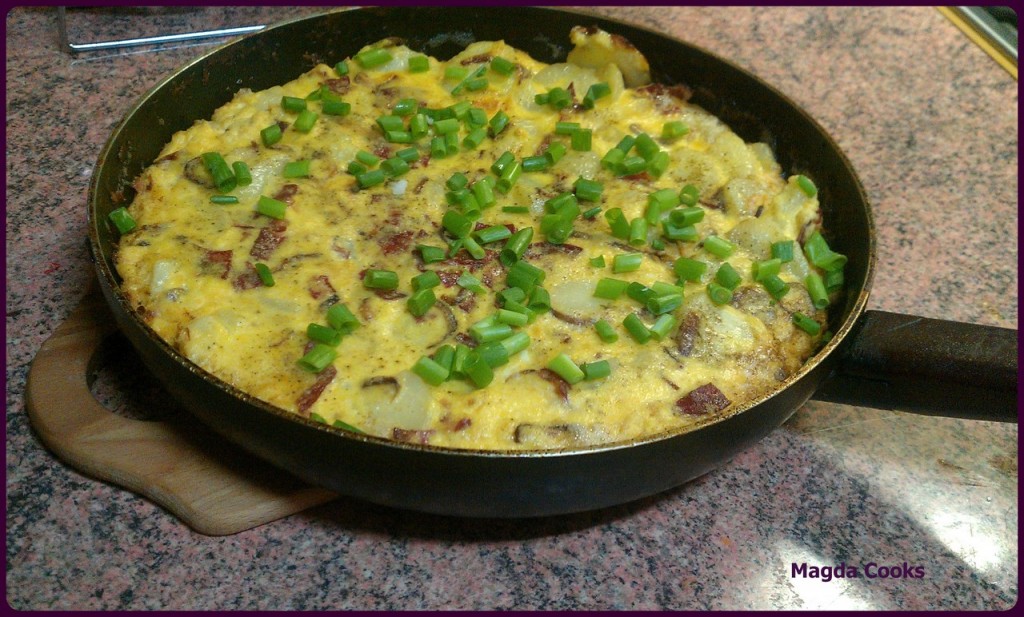 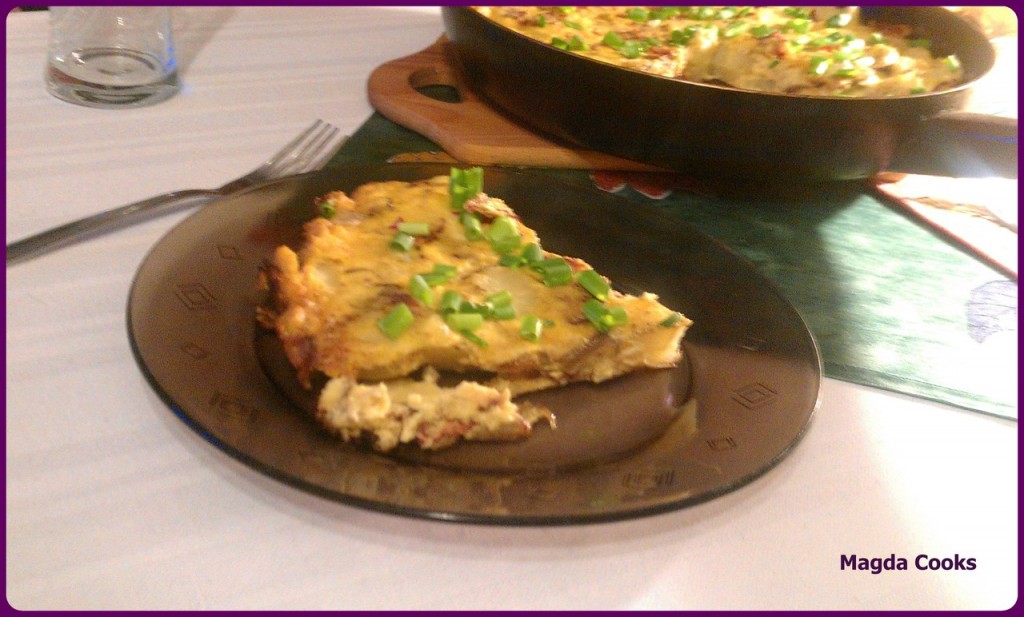 Tortillas with Chorizo and Manchego Cheese

Lately in my country, Lidl – a store chain from Germany, got, what I think is a great marketing idea for their campaign, that uses only products from their stores. Actually, the first time since a PRUSAKOLEP ad*. I think it’s an interesting concept and I thought it had to hit the spot, when my colleague Daniel said he made one of the recipes posted on the special site, that they created especially for the campaign. The concept is easy – they hired 2 known chefs and they compete each week with recipe that contains only Lidl products. Lidl basically only sells proprietary products made by their company, under their brand name.

The recipes are easy and everyone can make them, clearly by design… (as evidenced here). So I did a lot of bitching and moaning to get these pictures and consent from Daniel to post it 0_o. From what Daniel said, it was really good, and rather easy to do.

Preparations:
Peel and boil young potatoes, then slice and set aside.

Heat the oven to 160 C, make sure you have grilling option on.

Heat 1,5 tbsp of olive oil on the pan or skillet that can be put into oven, and toss red onion cut feather like and fry until nicely brown. When the onion is done, add sliced chorizo and fry for a minute. Put it on the paper towel to drain the oil.

Once again heat the pan with 2,5 tbsp of olive oil, pour whole mixture and fry for 3-4 minutes. If there is too much grease on top of the tortilla, you can use paper towel to get rid of it.
Put pan with tortilla into oven heated to 160 C for 6-7 minutes. of course you can fry it on the pan, but do not forget to flip it.

Original recipe is here IN POLISH.

* Its an insider joke for my Polish readers, that when we moved from a socialist economy to a more capitalist economy PRUSAKOLEP was first TV ad for insect killer for cockroaches. See this video on Youtube for an example —-> http://www.youtube.com/watch?v=fSiepbrBuds