Years of searching for the flavour… 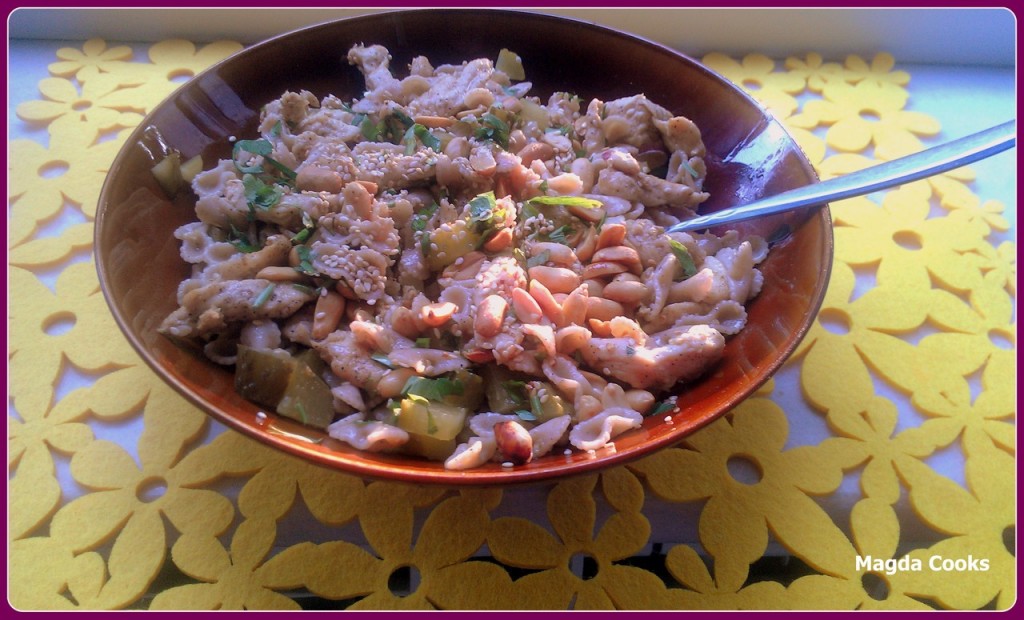 Years of searching for the flavour…

Probably sounds serious… but it’s just a search for the sesame dressing I ate in a Thai Salad that was served in a no longer existing (at least in) Warsaw restaurant called “Cafe Brama.”
I think until 2010 there was one in NYC’s East Village.  As for ingredients, it wasn’t nothing special. Some iceberg lettuce, tomatoes, cucumbers, grilled chicken and this absolutely delicious sesame oil dressing. I still try to find this flavour. I was hoping this would be it, with this recipe for Sesame Pasta Chicken Salad, but it just wasn’t. The salad however was very tasty but it wasn’t the dressing that I remembered. Though this recipe is worth preparing. It’s filling and made with wholegrain pasta therefore it’s also diet ;-).

Cut pepper into small pieces, onion into feather like strips add everything to the bowl with pasta and pour dressing over it 😉 On top, toss roasted peanuts and fresh cilantro or parsley.
I bet we could add some more veggies, like carrots, maybe next time 😉